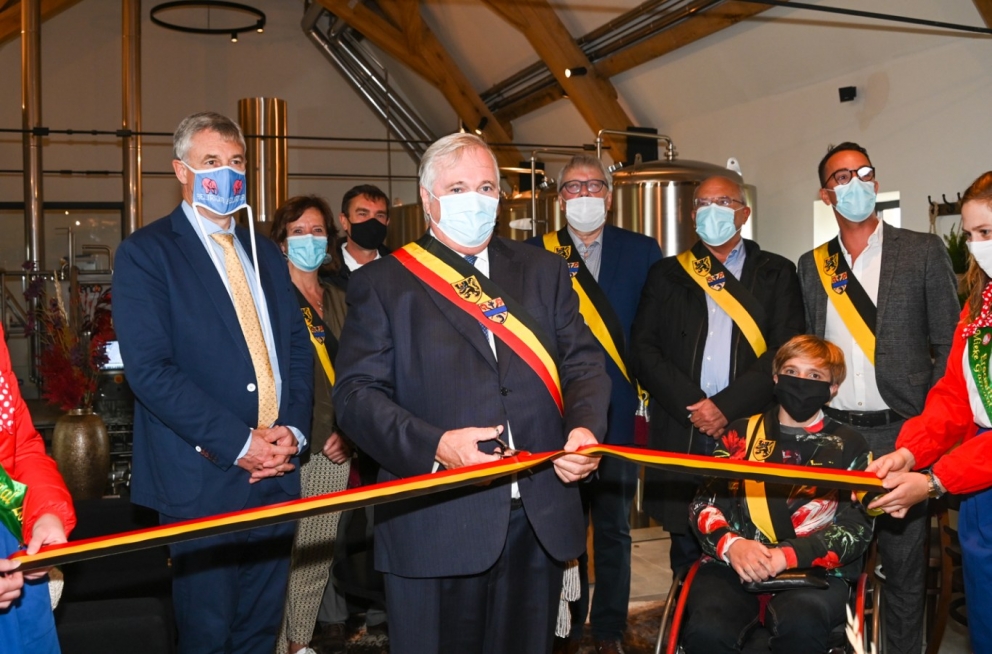 In Koksijde, the brand-new St. Idesbald home brewery was officially opened in one of the historic buildings of the medieval abbey farm Ten Bogaerde. For the brewing part, there is a collaboration with the Huyghe brewery that develops seasonal beers here. The Melle brewery, with an international reputation, recently won prizes at the World Beer awards and considers it more than important to focus on such innovative, ecological and local projects. The Huyghe brewery appointed the Owner of the Mondieu restaurant to run the home brewery.